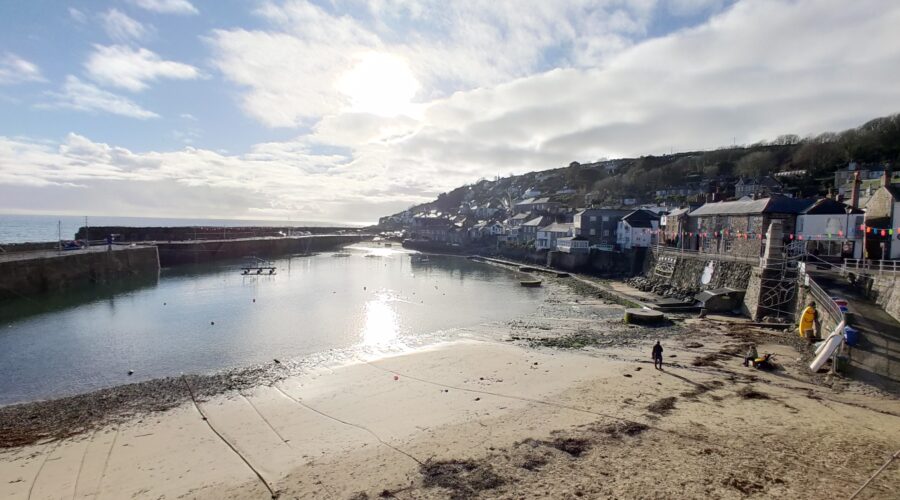 On Boxing Day I went for a walk from Penzance to Mousehole and back with the little furry animal.

I have never seen the place so quiet and its quite obvious lots of holiday homes were empty. Sad really. 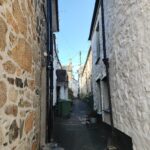 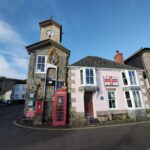 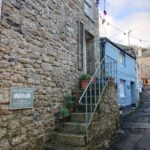 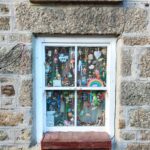 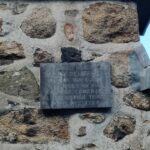 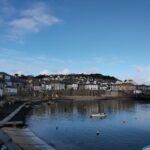 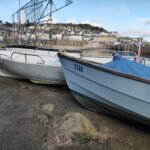 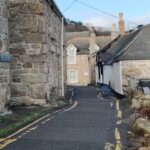 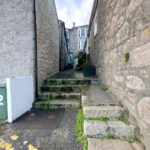 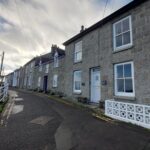 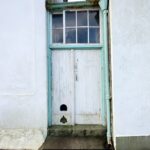 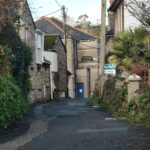 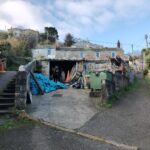 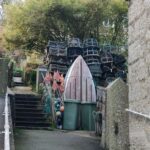 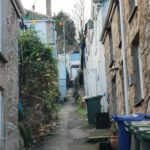 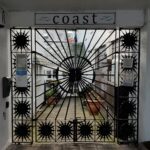 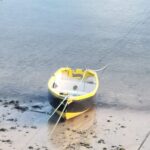 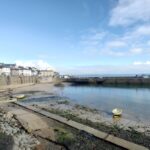 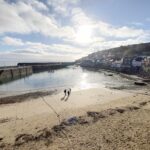 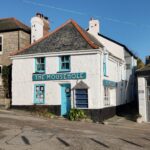 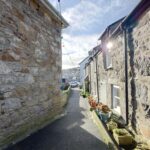 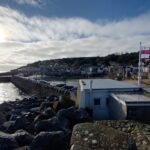 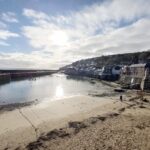 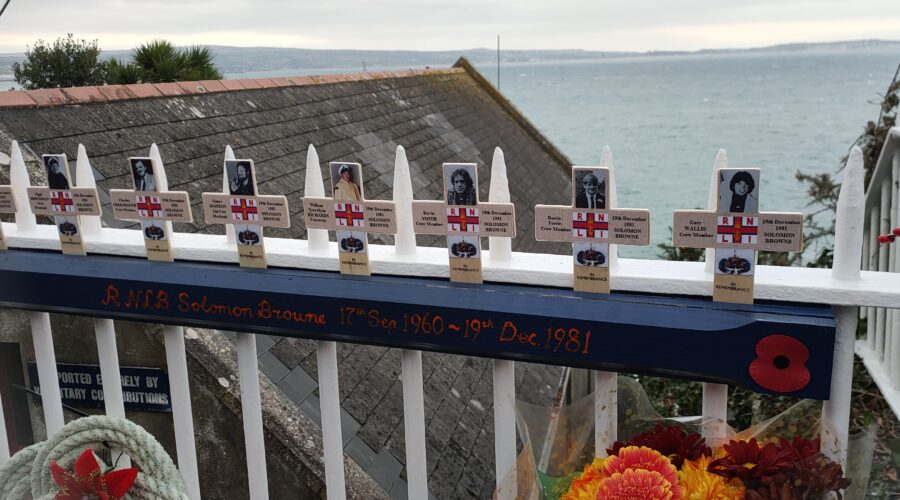 This year on the 19th December marks 40 years since the Solomon Browne disaster in which the Penlee lifeboat, Solomon Browne and all hands were lost while attempting to rescue the crew of  Union Star a coaster that was being swept towards the treacherous west Cornwall coast.

The Union Star was on her maiden voyage from Holland to Ireland carrying a cargo of fertilisers and because of hurricane-force winds and engine failure she was being blown towards the coast.

The Penlee lifeboat at Mousehole was eventually scrambled and fought its way to the Union star battling a hurricane-force 12 storm of 90 Knot (103mph) winds and 18m (59ft) waves.

The Solomon Brownes crew rescued 4 of the 8 crew from the Union Star before deciding to try to rescue the remaining crew off the stricken vessel.

Alas, the Solomon Browne was lost during this rescue attempt with all hands lost.

A full account can be found on the RNLI website here: The 1981 Penlee Lifeboat Disaster – RNLI History

Why is important that the 40th anniversary of the Solomon Browne disaster is remembered?

First off, I’ve spent so much time in Penwith in my life to know it is ingrained in the memory of every Cornish man and woman especially those that live with earshot of the sea. Which in Cornwall is pretty much everyone. In Penwith this event is remembered every year without fail.

Secondly, this was the last time a full crew of lifeboat volunteers was lost on active duty. Let this sink in, every man on the Penlee lifeboat Solomon Browne was a volunteer. They risked their lives, with no financial recompense or reward to help others at sea in what were seemingly impossible conditions. They did not hesitate or waver in their decision to go out to help others in distress at sea.

Thirdly, the lifeboat station is now a monument to these brave men and as time goes on the number of people who will have known and worked with these brave men also diminishes and their memory must be kept alive. They didn’t die in the field of battle but these men are heroes in the true sense of the word, something which sadly gets used for inconsequential events such as football matches these days. These men put their lives on the line to save the lives of others, something which every RNLI boat person does every time they go out to sea and they do not know what to expect yet they gladly do this.

Today on the 21st December I walked past the Penlee lifeboat house, sadly I couldn’t be here on the 19th, but on stopping to pause at the lifeboat house for a few minutes and think about the events of that day I was extremely hard to not shed a tear for the brave men that lost their lives that day 40 years ago.

After reading many of the messages left at the memorial and tied to the railings outside it became impossible to hold back my tears and you can see that the men, even today, are held in such high regard for their deeds on this day all those years ago.

Let us remember the names of the Solomon Browne Crew.

And the crew of the Union Star 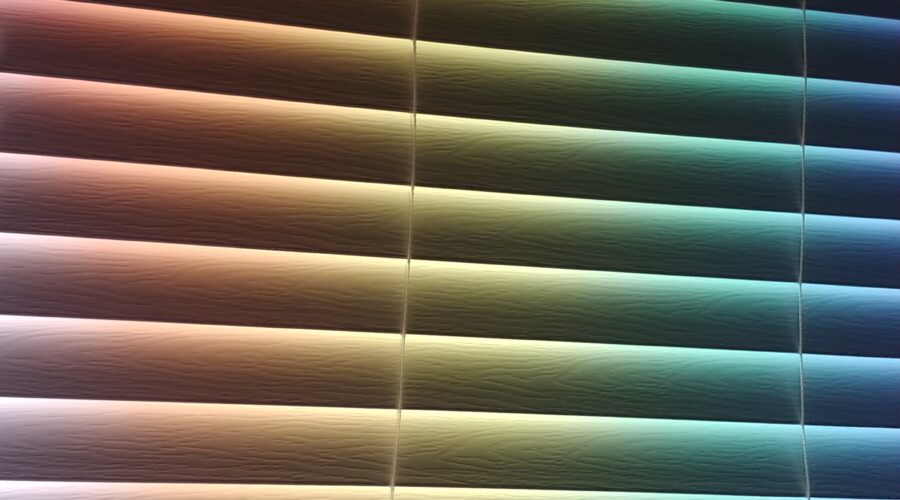 I been awake now nearly 42 hours now and despite feeling sleepy I just can’t sleep!

I woke at 6 am on Saturday and it’s now nearly 1am on Monday. I went out on Saturday night and partied all night and jumped around like a looney.

Done over 36000 steps according to my fitness tracker.

But still I can’t sleep.

I went to bed at 8pm, switched off my phone, no TV, no music, but still I can’t sleep!

Tommorow’s going to be interesting if I can’t get some sleep! 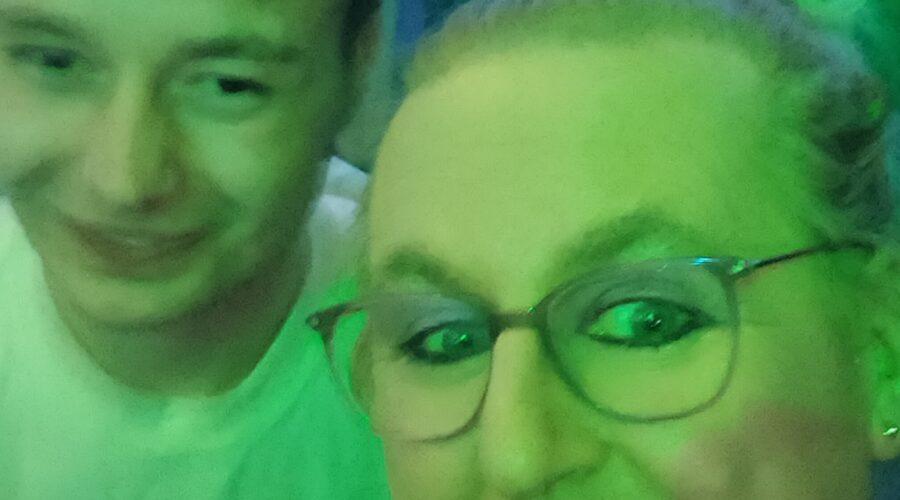 Tonight has been a weird sort of night and I’ve had one woman looking at me intently.

What do you mean Mikki, looking?

She was not looking at me but looking in the area of my groin.

Tonight, I’ve been for a night out in Leeds and it’s not somewhere I go on a regular basis but tonight it was very strange.

I’ve been to a psytrance night, with my little psytrance trance family.

Out dancing with 6 friends, and when we were in the club one of my friends clocked a women keep looking at me, more precisely staring in the area of my genitals!

This was so blatent that two of my friends actually picked this up before I did.

And when I looked at her, she continued staring at my groin! I even turned and she moved so she could keep looking!

Now, I could have got really angry about this but instead I moved away but it just made me wonder what goes through people’s heads and do they look at every bodies groin to determine their gender?

It’s really got me thinking about what people are actually looking at when they look at me as a person?

I’ve never had this before and I’ve been out all over the country.

When one of my friends asked her what she was staring at she asked “Is it a woman!”

My mate isnt backwards in coming forwards and actually said to her “What do you mean it? She’s a woman! What’s your f****** problem, stop staring at my friend. I’m damn sure you’d be pretty pissed off if somebody did the same to you” “Are you a man or a woman”

So, if you were that woman and you were wondering, then keep wondering, as what I’ve got in my trousers is nobody else’s business but my own. 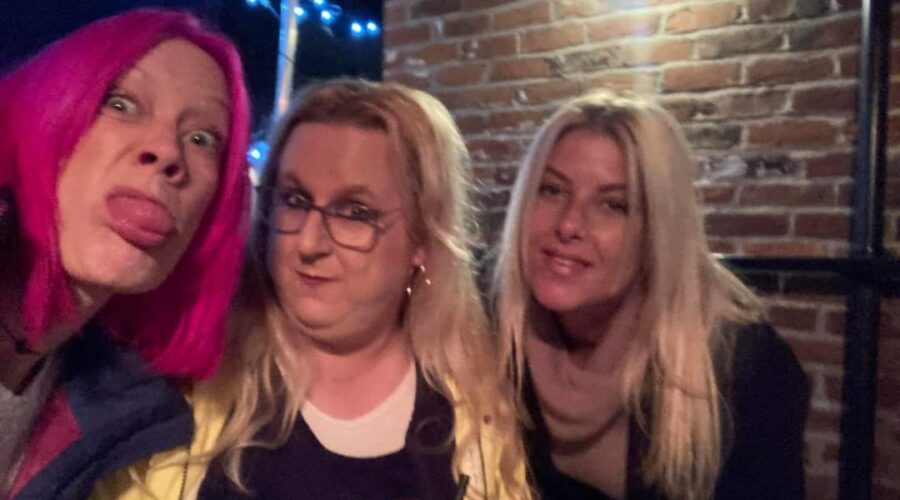 Last night I went out local and surprisingly I had a great night.

I’d been in Manchester all day and was going to stay and go round the village but because it was a cold day or the new COVID BS regulations put people off everywhere was quite quiet and at 6pm I headed back home.

Let’s go out local was my housemates response and first I was like, nah.

However it’s a something I’ve been meaning to face upto for a long time.

Where I live is quite conformist and religious plus it’s one of those.places you could live for a million years and never be classed a local?

Also because I am classed as a little different, there’s an understatement according to some of the locals, I am treated with suspicion and visiting the local pubs usually results in everyone stopping what their doing when you walk in and no one wants to speak to you. Some.of the locals are also quite rude!

So we decide to go out out and in Congleton, the next town over.

First place we go in Congleton is DV8 which is a cocktail, restaurant bar on Little Street.

I have been on here before but this was for a meal with friends and the food is really good and reasonably priced.

We order cocktails and take a seat outside, it’s packed inside and there is no where to sit.

Nearly all the tables have some kind of suplimental heating and we’re offered blankets to cover our knees.

Pretty poor choice of cocktails in the cold weather as we all order something stuffed with ice apart from Robyn who’s elected herself to drive.

The food again is great but after an hour and an half we leave as it November and its getting cold.

We next go to Bull’s head were they have live music on who are some Rock tribute band. The music is good and i’m being chatted up by some young lad, who really needs to go to Specsavers but I cant heat a word he’s saying as the music is so loud. One drink we’re out of there, ears ringing.

We wak over to the other side of the town centre to the Ye Olde White Lion and again they have live music on. An Indy Rock band who are really good and not so loud as to wake the dead. We stand under the heaters, drink cocktails and dance to the music.

It was quite wierd to be out in a pub where I bumped into a few of my customers. One who bought me a few drinks and wouldnt accept one in return.

I had a really good night out, with my beautiful friends and I will be going again.

I just need a few nights out in Manchester beforehand and next time I think we’ll start on the other side of town.

My own mental Happiness

It makes me laugh sometimes that some of my so caled friends/acquaintances try to to use me to quash or to appease their own mental happiness. I am more than happy to listen but with some folk its never recipricated.

Let me clarify that because they are unhappy in their own lives they belly ache and whinge about this and treat others poorly to make themselves feel better.

Now the title of this blog might seem a little bit ironic as I am saying that my mental happiness is the most important thing while complaining that others use me to make themselves feel better.

Maybe some people don’t think I’m being fair here and that I should listen to the endless whining or to take the constant abuse from people who use me to further their mental happiness especially sometimes when their rants can go on for hours on end.

It seems that some folk like to hand out their problems to others and dont want to have to deal with other peoples in return.

I have all the time in the world for most people but some I am gently pushing away as I think they are toxic and dont want my own sanity polluting with their anger, aggression and problems.

Hence, why I think about my own mental happiness.