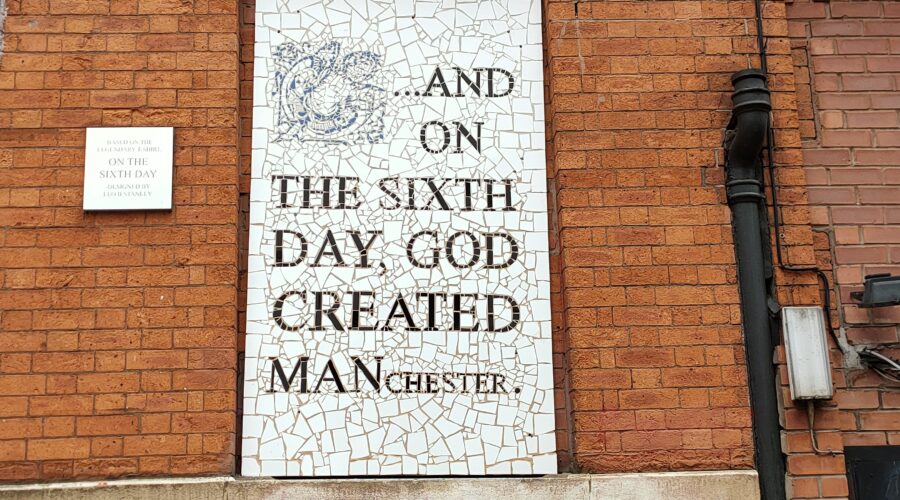 The “On the sixth day god created Manchester” mosaic is located on the back of Afflecks on Short Street next door to Crazy Pedro’s Pizza.

On the back of Afflecks Palace, I know its now mainly only known as Afflecks but i’ve been frequenting there for may years and its always been called Afflecks Palace in my circles, there is a copy of the T-shirt designed by Leo B Stanley in Mosaic form.

This is not to be confused with the On the sixth day god created Manchester, graffiti art found on the waste land on Picadilly and Gore Street. 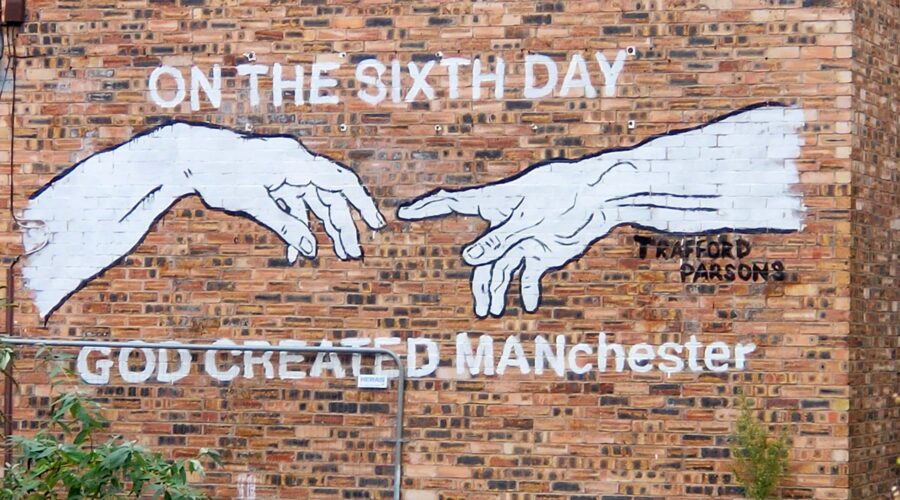 The “On the sixth day god created Manchester” mural is located on the side of the Waldorf Manchester Pub and Restaurant on Gore Street just off Piccadilly.

Its not quite in the main Northern Quarter but its closeby.

This mural depicts Michelangelo’s “Creation of Adam“, which illustrates the Biblical creation narrative from the Book of Genesis in which God gives life to Adam, the first man.

The land the mural is on is fairly run down and I would expect its ear marked for redevelopment. Maybe!