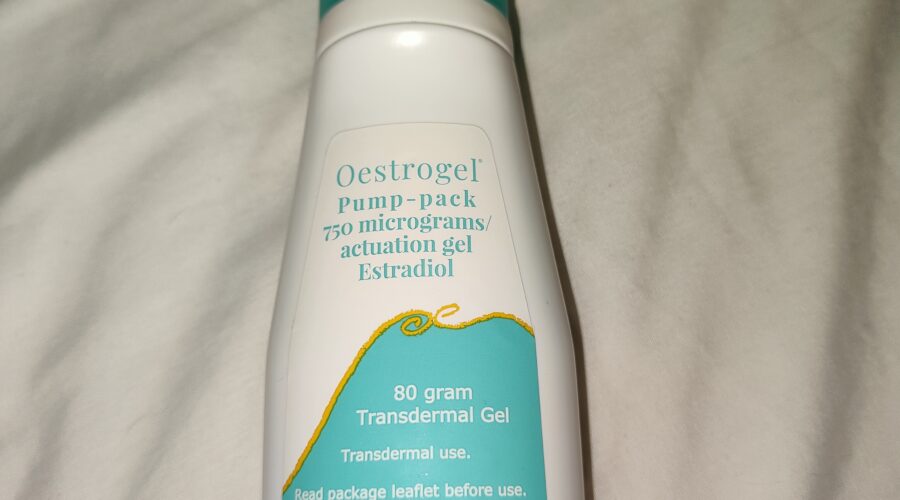 Estrogen Gel back in stock

After September this year, I am now back on estradiol as it’s back in stock after previous supply issues earlier in the year which forced me to change my HRT to oestrogen patches.

Unfortunately, the patches were not as effective as the gel that ive been on for the past two years and at a recent blood test my oestrogen levels had dropped from 252 down to 101.

I’m also happy that I’m back on the gel as I really wasn’t getting on with the patches. The bloody things did not want to stay stuck to my body for the prerequisite time of three days.

The gel is easy to apply and because I have a lower oestrogen level I am on three pumps of the gel in the morning and two in the evening.

However, this dose has been making me really emotional, see broken!

Also been prescribed progesterone in the form of Utrogestan tablets which are taken orally once a day.

The progesterone tablets however are a bit strange though. One of the side effects is insomnia, and I already struggle to sleep, and if I take them too late at night, I end up awake all night. Insomnia is a known side effect of progesterone.

So onwards and upwards and I look forward to my next blood test at the end of November. 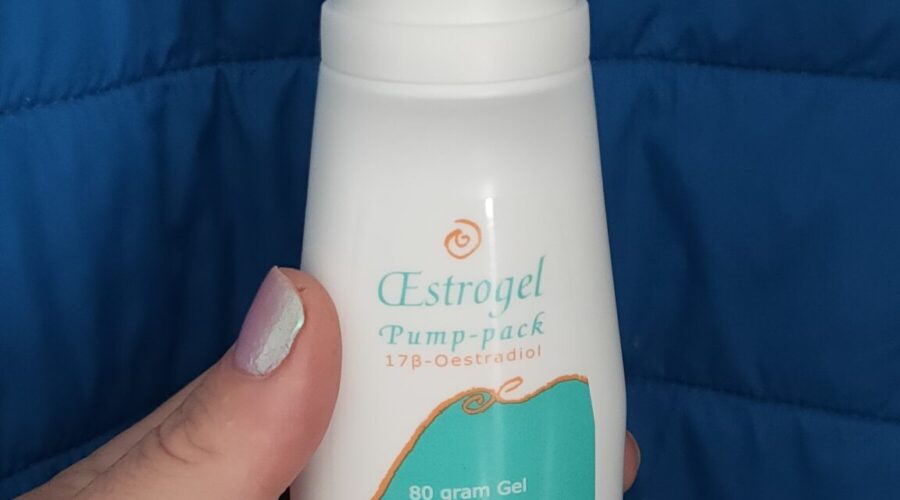 Today, the 5th of September is my 6 months on hormones anniversary. Where does the time go as it doesn’t seem like 5 minutes since I wrote about starting hormones!

So, whats happened in the past 6 months?

I now cry at the drop of a hat, I was a bit of a cryer before and would cry when a character died in a film especially the animals but since starting hormones I only need my own thoughts and i’m off!

I am also more vocal when something bothers me and prior to starting Estrogen, I would bottle things up. Now after 6 months on Hormones, I don’t do that and will tell people if they have said something which has annoyed me or upset me. Straight out.

These are much more noticeable than the mental changes and the physical changes have been somewhat as I was told before I started my transition by friends who are further down the line to me.

My body shape has started to change and my waist has got thinner while my hips have started to fill out. I know this because my size has changed and as I measure myself every month I can see this.

I’ve started to develop breasts now and this has been the most noticeable change as after 2 months my nipples occasionally hurt. Now they ache all the time and you can actually see I have the shape of breasts emerging. I am very happy about this and I’d be happy whatever shape they turn out.

For the first time, I have cleavage!

My skin is getting softer and the need to shave is reducing. I only shave my legs once a week and my facial hair is receding from my chin backward. This is helped by the facial waxing, which hurts really bad, but at Pride, I didn’t have to shave for 3 days which was a massive relief.

My testicles have reduced in size still further and I would now say they are 1/3 of the size they were when I started on this journey. Again this is something I like as I’ve never liked the bloody things! They don’t ache all the time now either!!!!

My sex drive is now almost completely zero (which makes the next few sentences seem ironic). I get the very occasional arousal but have no desire to do anything with it.

One thing I have really struggled with over the past few months is an attraction to men.

I’ve been down in the village quite a bit over the past few months and the last time I was there I was one of only 5 women in an environment with 150 men. I admit I found it a bit intimidating at first but then I got talking to people and I met a few men who I can see are nice men and I actually found myself flirting with them.

Even one of my friends told me, “Oh my God Mikki, where you chatting him up” and I had to think for a minute. I was! Apparently, though he has a boyfriend.

Honestly, my mind disappears to another place sometimes recently!

It’s not just a mental attraction either. I honestly wanted these guys to do things to me! Maybe it was the alcohol but I’m still attracted to one of them now!

Overall I am really happy with my 6 months on hormones and the progress I’ve made. I sometimes forget to take them though and when I was ill with Coronavirus and the Norovirus I really struggled to take them as I was really really ill. I’m also struggling to sleep if I take them before bedtime and have had to alter my application times. The nasal spray makes me sneeze and I can taste it for up to an hour if I’m laid down.

The next milestone is 12 months! 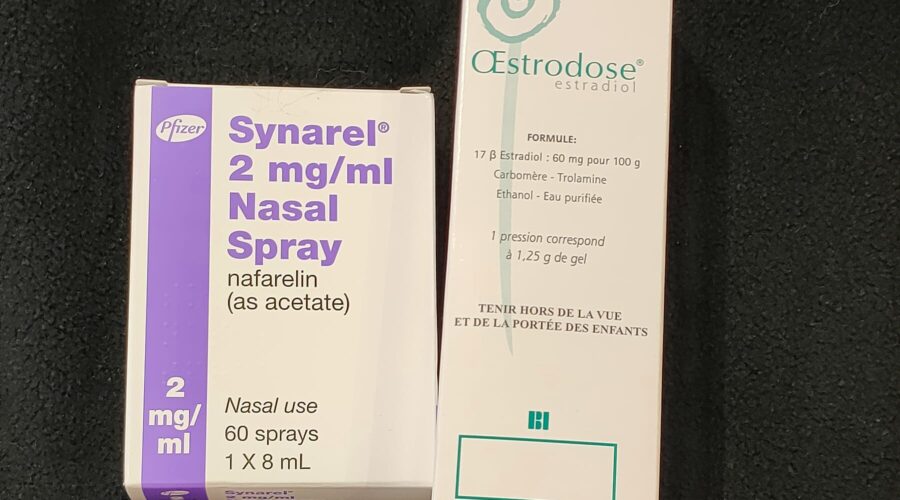 I received my prescription from Gender GP last week but because I’ve been running round like a blue arsed fly over the past week, sorting out computer, WiFi and broadband issues for customers reopening, I only managed to collect my drugs yesterday.

There was also a delay in getting my prescription filled as I had to wait for one of the drugs to be ordered. It’s not a stock item. Even now I still don’t have everything I need because it’s on back order.

After reading all be instructions on how to use the drugs, today will be the first official day taking female hormones.

I know she me might say the 13th is unlucky but I’m not superstitious. It’s just another day and every month has a 13th day!

The drugs I have been provided are Estradiol, which is in a gel form and is rubbed onto the skin and Synarel, which is taken as a nasal spray.

I’ve done lots of research about the drugs that I have been provided and i’ve also researched the side effects plus what to expect while using them.

I’ve also had to rearrange my finances to pay for these drugs but I see that this is a small price to pay considering the alternative is waiting over 4 years to speak to the Gender Identity clinic and this is just to speak to the consultant.

Yes, I’m very excited about this part of my life journey but I am also a little bit sad. Not sad that i’ve had to go down the route I have, but sad because i’ve had to do this on my own with no support from my own doctors and the NHS in general.

So, today is the first day of the rest of my life.