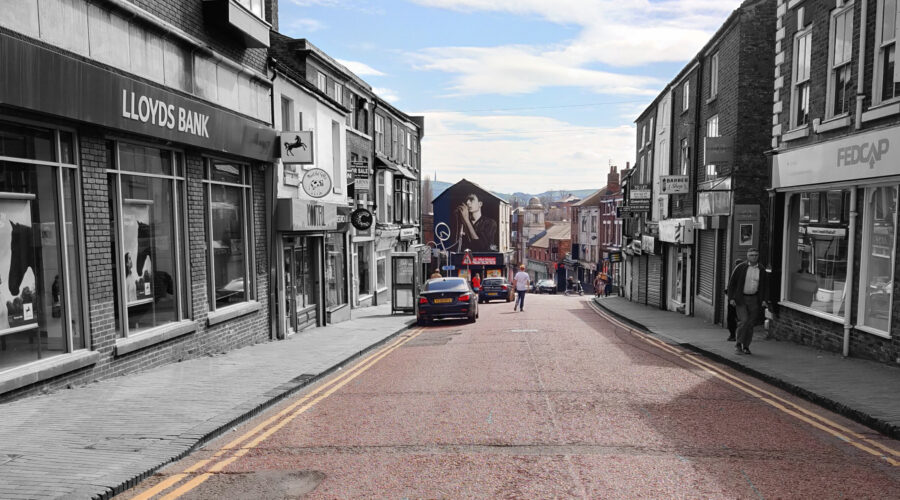 This week, 25th March 2022, marked the unveiling of a new portrait of Ian Curtis portrait in Macclesfield. Painted by the Manchester based street artist Akse_p19.

I’ve showcased Akse_19‘s work before and this is the second portrait of Ian Curtis which has been done on Mill Street in Macclesfield, next to the Bus Station.

The first of Akse’s Ian Curtis portraits is in the Northern Quarter in Manchester.

This portrait of Ian Curtis is absolutely fantastic and brightens up the area with one of Macclesfield’s adopted sons.

If you’re in Macclesfield then its worth just going to have a look at this as the quality of this is amazing, especially when you know its been done with spray paints.

Here are a few of my photos of the Ian Curtis Portrait on MMill street in Macclesfield. 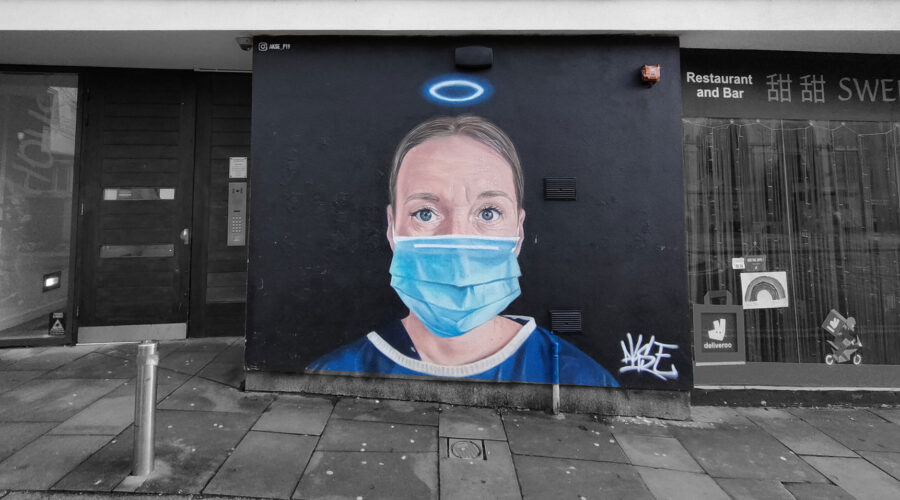 Just up the road, High Street from the Thomas Street and High Street there is this beautiful Nurse Angel Mural by @akse_p19

Situated on the right hand side as you walk up High Street, next door to Sweet Mandarin.

This is a beautiful piece of work and warrants a close up look, especially the eyes. Stunning. 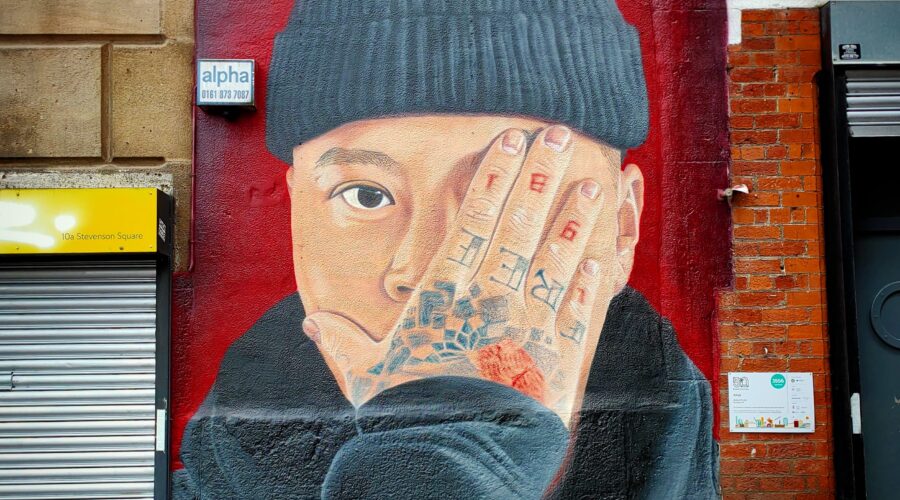 Portrait of Ste Wing by the artist Akse

Portrait of Ste Wing by the artist Akse, done to celebrate their Vietnamese roots and for the 50 Windows of Creativity project.

I’m not going to go into great detail on this one as you can find out more information on the Akse.P19 Crew Facebook Page.

This piece of art is located in the bottom right hand corner of Stevenson Square in the Northern Quarter. Location is if you are stood looking away from Piccadilly gardens. Little Lever sreet is a back alley which runs parrallel to Lever Street and Newton Street. 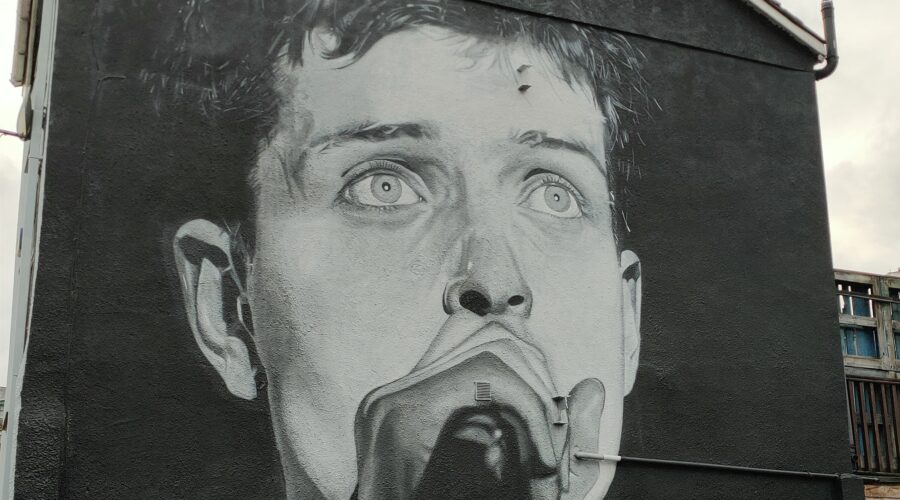 In Manchester there is now a huge Ian Curtis Street Portrait on Port Street. I am a huge Joy Division and New Order fan and Love will Tear us Apart is one of my favourite songs. Not just because its a great song but the meaning has never been lost on me.

This mural is amazing and is some 3 stories high.

The Ian Curtis Street Portrait is quite easy to find and if you know the Northern Quarter in Manchester you’ll know where Port Street car park is and the Zig Zag House (named because one side is painted with Zig Zag’s!).

For those that don’t know where the Ian Curtis Street Portrait is there is a map below.