After the elation of the weekend and speaking to GenderGP today has been a massive depression after dealing with my doctors. It has left me crying my eyes out and more depressed than for many years.

The conversation with my GP today has reaffirmed my opinion that the NHS does not want to or are reluctant to help trans people or are hell bent on putting blocks in place.

I phoned my GP today to confirm that they would indeed support my prescriptions as 4 weeks ago the last doctor I spoke to said there shouldn’t be a problem which in my book doesn’t mean yes. Hence why I was checking.

On speaking to another doctor at the practice today, not only did she say they wouldn’t support me using Gender GP but she also cast aspersions about the owners of Gender GP which I have investigated and found to be untrue. She said that the owners of Gender GP had been struck off the medical register and it turns out they have been suspended. So allegations are not true. Very unprofessional of my GP.

My GP’s have said they will not support me in using Gender GP and said they will only help me if I use the assigned gender clinic, ie: Sheffield GIC. Which at present has a waiting time of 44 months. So much for the NHS’s 18 weeks referral times!

I am absolutely crushed by this but determined to forge forward and will pay for my own prescriptions and blood tests if needs be.

I have already paid for my own psychotherapy, and this is just another kick in the teeth or block in the way from the NHS.

After a year on the waiting list, I am still no further forward.

Time to take matters into my own hands.

Time to make time for my own matters. 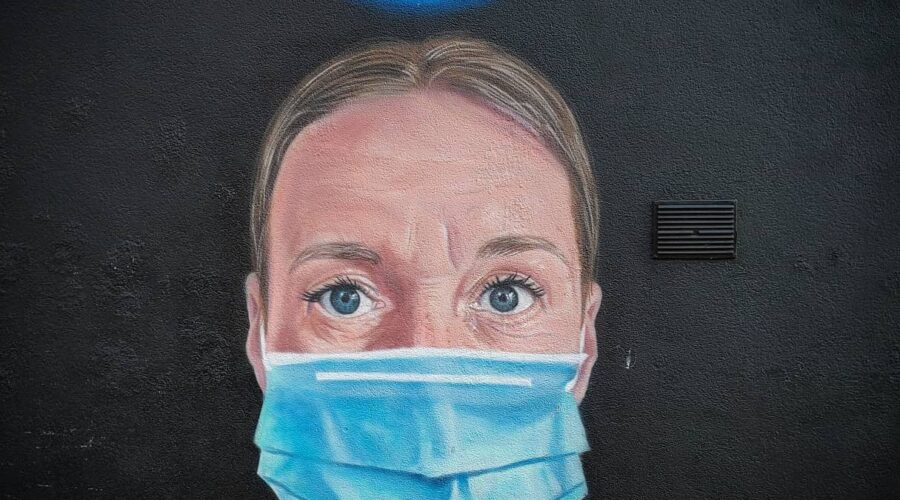 NHS waiting lists, expect them to get longer

I want to put my thoughts on NHS waiting lists out there for folks to comment on. What I’m seeing personally and with friends and family really worries me.

It’s March 2021 and we’re still being told to “Stay at home, Save lives, Protect the NHS”.

That’s all well and good as the NHS fights Covid but what’s happening to the NHS waiting lists?

No, really! What’s happening to them?

First off let me speak my piece about my own personal experience as someone who is on an NHS waiting list to see a Gender Identity Specialist.

In October 2020 I received a letter stating that they acknowledge my referral and that I am now on the waiting list to see a specialist and the waiting time is currently 30 months.

Fast forward to February 2021 and this has now jumped to 44 months.

Even if the waiting list doesn’t get any longer that means it will have to be over 4 years on a waiting list to see a specialist!

So, I have decided to go private, filled a form in online, I have an online consultation and can see a specialist next week!

I have friends who don’t have this luxury and are stuck in the queue.

Now some people might, and have, say, “Well your issues aren’t life-threatening”.

Sorry, they are very important to those of us who find ourselves in this position and Trans people already have one of the highest suicide rates, so tell me again, it’s not important. How would you feel if you had to wait 4 years to see a specialist? Well, you might have to if the waiting lists continue to get longer.

So, this brings me into other services and experiences with friends and family who are on NHS waiting lists.

I am quite angry about this one as this is affecting this man’s life now to the point where he is literally house-bound because he is waiting for a hip operation which was originally scheduled for April 2020.

Three times now he has been given dates for operations, three times he’s self-isolated and had a Covid test, and three times the operation has been canceled!

The poor sod is beside himself and is now trying to scrape together the money to get this done privately, even selling his car, as like myself he doesn’t see an end to his misery anytime soon.

The hospital has told him to expect at least another 6 months before the operation can feasibly be rescheduled.

Because of lockdown, he is now facing certain death because his cancer wasn’t diagnosed soon enough.

Due to see a specialist in March of 2020, this was postponed again and again and by the time he was diagnosed, it was July by which time the cancer was inoperable and he is relying on radiotherapy to try to remove the cancer.

Poor bloke has already resigned himself to the fact he is probably going to die prematurely.

I won’t say any more on this as it makes me so very sad and also so very angry at the same time.

Dealing with a parent at the end of their life isn’t the easiest thing to deal with.

I know this from experience as my father passed away in March 2020 but at least we were able to have the care and support of the NHS.

Imagine you’re dealing with a parent who is incapacitated because of illness and then imagine nearly all the support mechanisms, which would make your parents and your life easier at this harrowing time, pulled from underneath you and your parent. The NHS has said she would only get any end-of-life care if she was moved into a hospital or a care home.

Caregivers have not been to see her mother now since October and she has been looking after her mother since.

The health service survived covid but is it going to survive the increasing waiting lists?

The mental issues as yet undiagnosed?

Or the obesity issues caused by lockdown?

Let me know your thoughts.

Jane and I out on the town. #manchester #gayvilla

Sat in a server room today and noticed this beauty

#Streetart #grimsby and #cleethorpes Have to say

I wonder who plays here? #footballground

I cannot describe the smell coming from these plac

Stopped to have a look at the Humber bridge while

Took a little road trip this evening to see the #a

Used oil rig anyone? I never knew they dismantled

Working away this week. Just finished for the day

Any cookies that may not be particularly necessary for the website to function and is used specifically to collect user personal data via analytics, ads, other embedded contents are termed as non-necessary cookies. It is mandatory to procure user consent prior to running these cookies on your website.