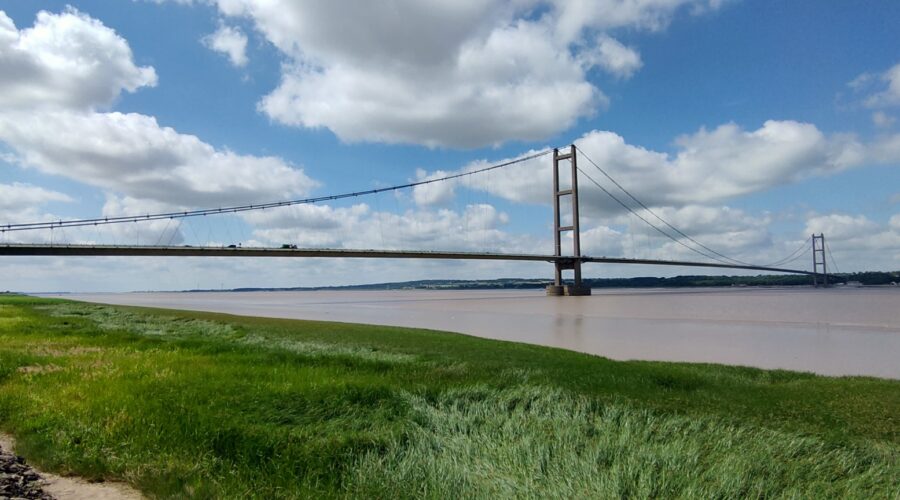 Hands up, I admit it. I love bridges and who wouldn’t love the longest suspension bridge in the UK. The Humber Bridge.

The towers on the Humber bridge are 35m further apart at the top than at the bottom, to take into account the curvature of the earth.

These photos were taken from the Barton upon Humber side of the Humber from Humber Bridge Park.