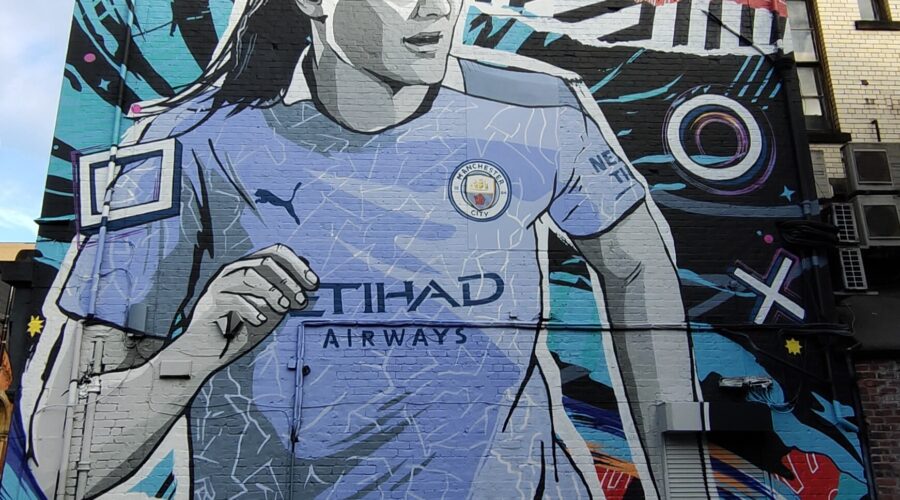 At the corner of Thomas Street and High Street there are two new murals. The first is the new Manchester City mural (Which is actually a Playstation game advert, Fifa 2021) and a new Burberry mural.

The Burberry mural replaces the Manchester City Mural which is on the side of 31 Thomas Street.

Sadly it looks like this is going to be painted over as its received a light black over paint. 27th December. 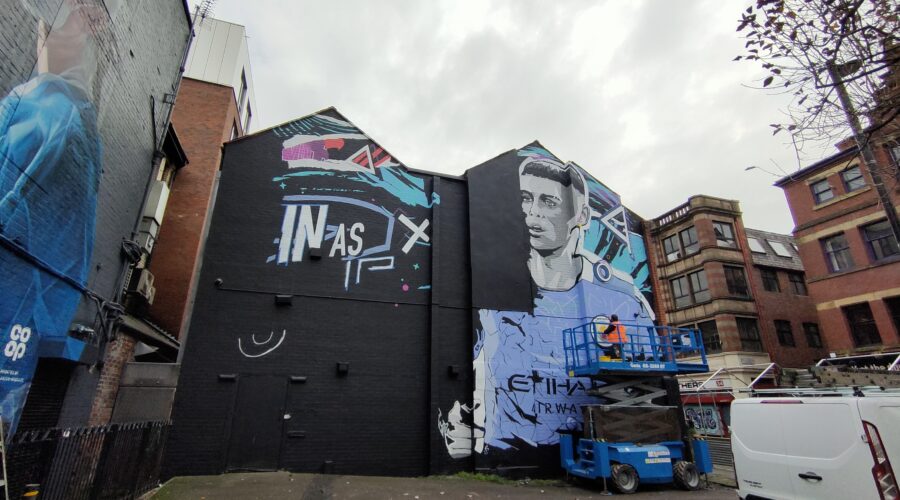 The Manchester United Mural is no more, the background has been painted grey and on the 8th November 2020 this was the new mural being painted as a work in progress.

I dont know what this will be and i’ll post a few photos of it next time i’m in Manchester.