taken my friends for granted 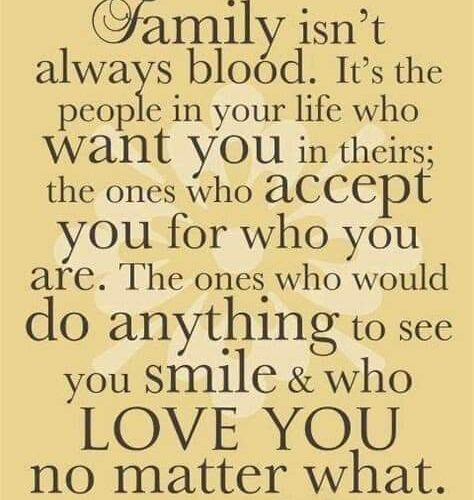 I’ve taken my friends for granted

So, it hits me out of the blue and I admit it I have abused my friends. Abused my true friends over the past few years, probably longer as relationships and work sometimes meant friends got pushed aside. Alas no more and my friends and family will be given higher priority in my life.

In the past 3 years I’ve experienced a divorce, relationship breakups, break downs in business relationships and loss of friendships because of a mix of the above or because of what others think I should do.

I value my friendships now like they were precious jewels. 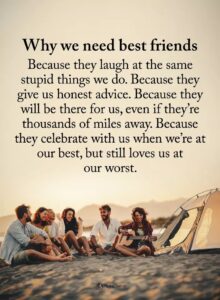 No that’s not right!

More precious than precious jewels because at the end of the day precious jewels are just expensive bits of rock or minerals pulled from the earth. Inanimate objects which ultimately for a financial exchange can be replaced. They have no function other than to look pretty or say, “look at my bling!”.

Friendship on the other hand are more than that. Friendships, true friends are irreplaceable and will be there for you no matter what.

I know that’s what a relationship is but multiple friends = multiple faceted relationships and when all your friends are also friends with your other friends this makes an amazing bond.

New Years Eve 2019/2020 to me was like being slapped around the head when over 30 of the people I have known for over 20 years were all in the same room and were all conversing with each other. I was bloody amazing and I loved being part of it and it was one of the best New Year’s Eve ever with festivities going on for almost all of New Years Day.

Since February 2019 I’ve been on what can only be described as an emotional rollercoaster with massive ups and downs and my friends have helped me through some of the very worst time. When I was at my very lowest they’ve picked me up, discussed things with me, let me talk, listened, offered advice, and helped me climb out of the hole I’d ended up in. 2019 was both the happiest year of my life, followed by the saddest year of my life.

So, I’ve found that over the past few months getting off my arse and going seeing friends I haven’t seen for years has been a real eye opener and sitting with some people I haven’t spoken to for 20 years has been like 20 minutes. We’ve just picked up and carried on like the past 20 years haven’t passed and I’ve missed some of them so, so much.

Never again will I forsake my friends and I’ve actually found myself saying “Love you mate” to many of my long term friends, just so they know how much they mean to me. I’ve also discovered that true friends don’t say. “see you later”, “night” or all that shit that’s associated with saying “good bye”. You just leave each other, and you pick up where you left off the day, week, month, years before.

I’ve been chatting to a good friend of mine recently and she texts me nearly every day and our conversations are like we haven’t been apart. Even if that time apart is but for a day or a week.

Even if we just say “Hey, how’s your day?” something which hit me like a thunder bolt when I was really ill recently. So much so, that when I didn’t reply to messages for 24 hours, she actually drove round to my house to make sure I was okay as she couldn’t raise me on text or the phone. She stood hammering on my front door till I answered.

She has also been brutally honest with me and told me she’d kept away from me in the past because of my past relationships, which made me very sad! 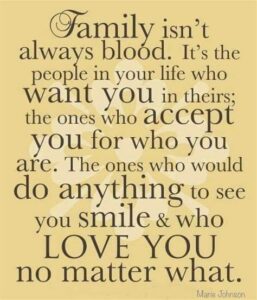 I have recently met up with some friends from my teenage years over the past two months and after a great day out in Manchester we all commented on how great it was after not seeing each other for 27 years. It was like we’d never been apart. When we were in our late teens we used to hang about together until work, marriage and families got in the way but 5 minutes after we’d met up, it was like we hadn’t been apart for so long. We had talked on Facebook in the past but that’s just not the same as being with folk in person.

We’re all older and fatter and a some of us are a little balder but we just picked up where we left off and chewed the fat about life, the universe and everything.

The emotional overload for all of us was a bit much if I’m honest and tears where cried when we discussed past events which effected us all. Such as the friends who are no longer with us and events which could have ended all of us.

I’ve also connected on another level with an amazing friend of mine. A friend who has always been distant because there is always someone else with one of us when we meet and perhaps this has been why sometimes we don’t talk as much.

It has been said because of the connection I have with him and the way we interact together over the past few months that he is now more at peace with himself when we’re together than he is with other friends. I probably know more about him than many of his local friends and his wife has said when I’m about he is happier to talk, more open, more relaxed. We do have a bloody good laugh together and this is something we haven’t been able to do when I’ve been round in the past because there has always been a barrier there. Not in a bad way but because neither of us are as open when others are present. Maybe we are at ease now with each others partners but I’m glad I’ve taken the time and made an effort to get to know his wife so much better over the past few months.

As my life has changed over the past few months and I embark on a different direction my friends have stood beside me and supported me in a way I’ve never experienced before. They’re almost honoured that I have confided in them about things in my life and I couldn’t have done what I have without their support since September. The happiness I have got from their love and support has been pivotal in my recent decisions.

So, my beautiful, loving friends I salute you. You all have my love and affection and i’ll be round soon to chew the fat for hours or even days and drink all your tea!