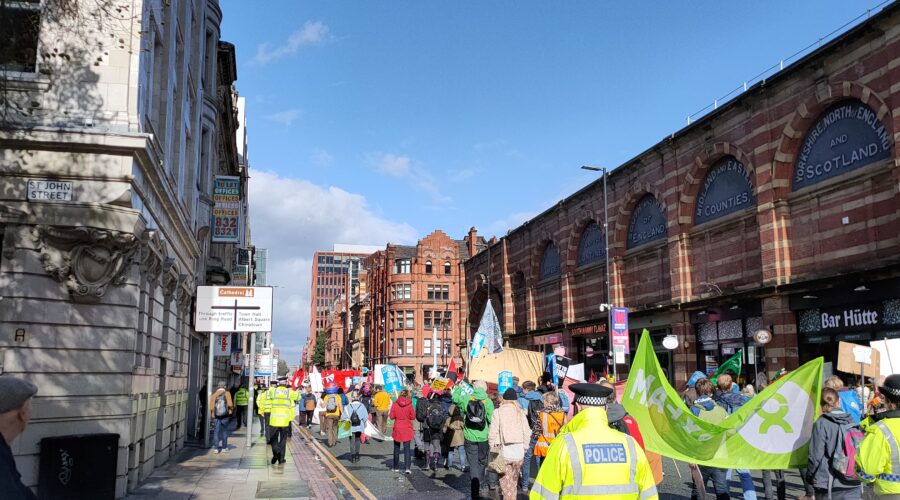 On October 3rd I was proud to take part in a protest in Manchester. The People Assembly March against Austerity was a march against Tory cuts to public services, welfare provisions, job cuts and wages.

What a day, the volume of people there was amazing. I dont even want to hazard a guess but it was tens of thousands.

The march was attended by many of the trade unions as well as many pressure groups.

It’s now 1am the say after and I have to say I am disappointed in the BBC but not surprised that their coverage is less than an article about using dry ice on train tracks.

The protest went without incident and I saw no incidents or skirmishes all day but I have to say I was very shocked at the number of police present. In some places the entire street was lined with police.